By Jillian on October 4, 2017 in Cycling Central Otago

Sleet moves in a swathe across my paddock towards the Dunstans. Bartali and I sit by my fire discussing the possibility of a bike ride in an hour, when we’ve both done some work. I’m reading Gaston Bachelard’s Poetics of Space (five years after building my strawbale house) for research for an essay. So much to take in, and before I can put my book down, there’s Bartali outside in his cycling gear.

We’re both dressed warmly, the sheets of newspaper up our chests a trick Bartali learnt in 1954. His father was training his cousin, Alan Larkins, who went on to become a New Zealand champion cyclist. They wore woollen bike shorts then, Bartali told me, with chamois leather sewn in across the seat.

We head out in our layers of merino and lycra. The snow has melted from its overnight falling on Rough Ridge and Blackstone Hill. Surprisingly, as the cloud lifts to show the hem of the mountains, not too much has layered up there. A localized Ida Valley snowfall then.

The sign saying the road is out has gone, so we turn up Hills Creek Rd. But the bridge is still out. Bartali lowers the bikes to me, the tarseal rumpled and buckled by water. 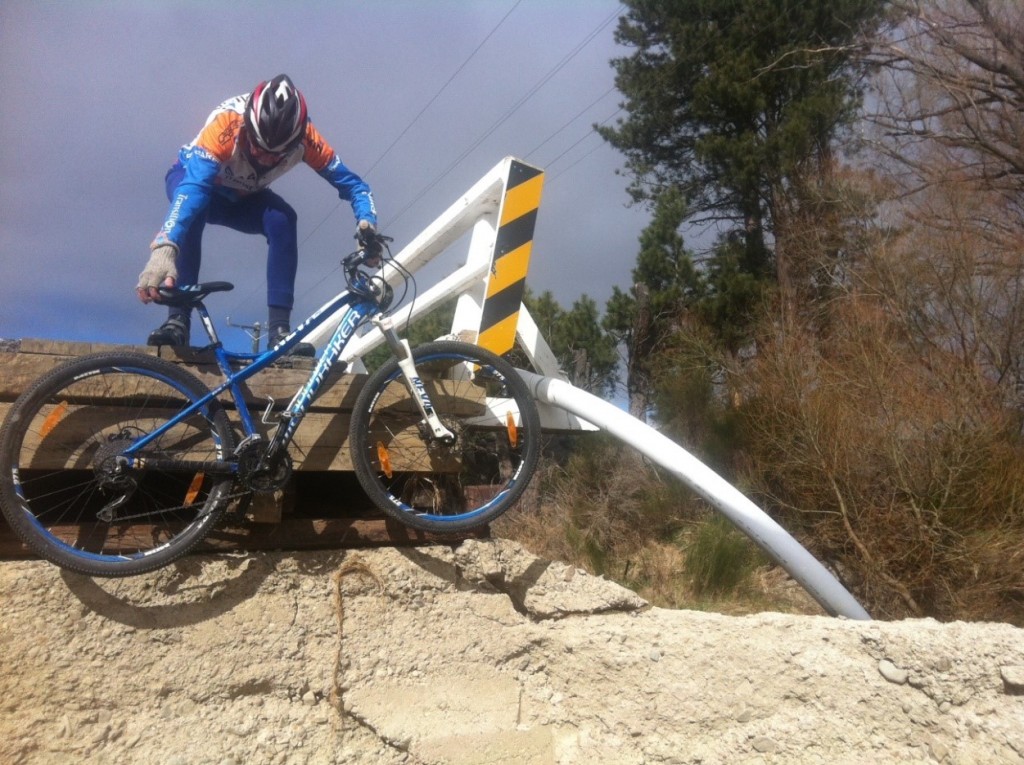 Still no road access for those who live on Hills Creek Rd.

There’s been some upset in the valley about the state of the roads here, and the fact the village had flooded at all (due to the build-up of gravel upstream). A newsletter sent to each of us advertises a meeting about the roads with the mayor and council staff. “Please come along with an open mind and civil discussion,” it reads. 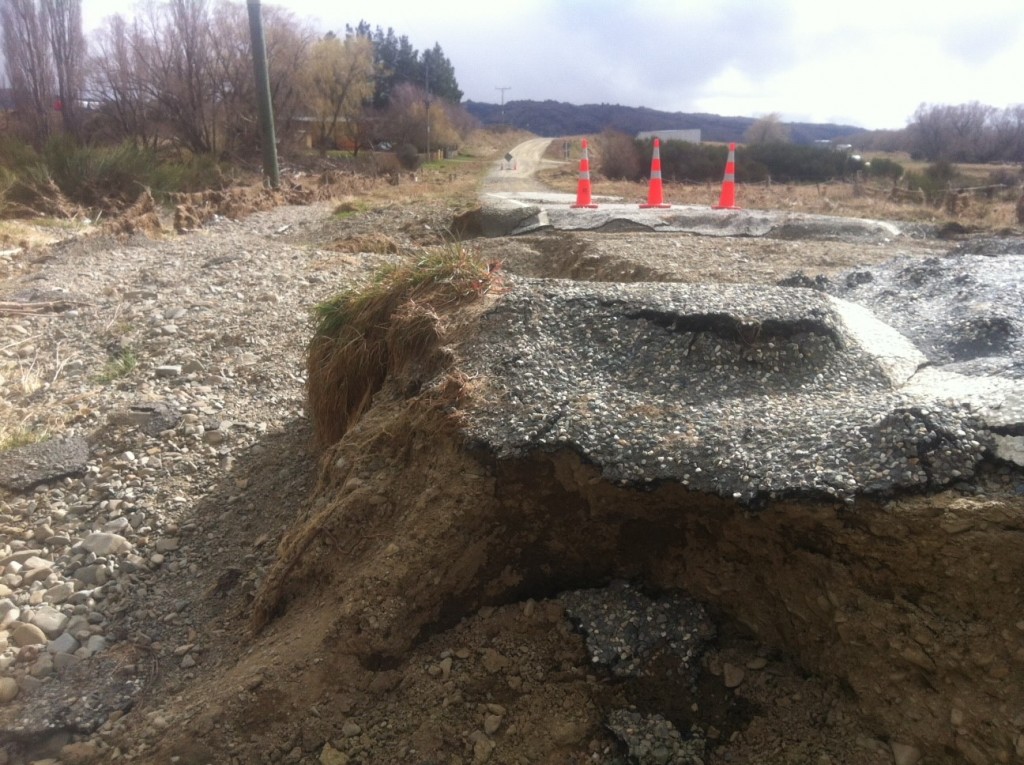 The force of water.

There are paddocks of young lucerne along here too, but the low grey cloud tarnishes everything with a dullness. On Rough Ridge, a shaft of light illuminates a stand of poplars.

The sheep up Hills Creek still have their bulky wrinkly coats, though early yesterday morning, on the way to work, Barry’s woolshed was lit up, sheep mobbed under the bright lights and a wool truck, fully laden with bales, parked next to the shed.

Under a gum tree, three bulls rest as we bike past. They’re chewing their cuds, biding their time for mating season.