By Jillian on October 14, 2017 in Cycling Central Otago

Dressed in cycling gear, helmets and gloves, Quintana and I pause in the kitchen to listen to a scientist on National radio talk about the melting ice sheets. It’s a loop he describes – the warming oceans melting the ice, the less ice the more the oceans heat up. The warmer the oceans, the stronger the storms. Possibly the world is fucked, we think, and head down the valley on our bikes into a strong south wester.

The tawny ewes are grazing the lucerne paddocks. Here and there a small white creature sleeps in the grass, but mostly the ewes are waiting, waiting, all bagged up (like us, waiting for the election results, waiting, waiting…) Spur wing plovers and magpies fly close above our heads and shriek, taking turns to warn us away from their nests.

“Might look at the condition of the side road,” Quintana says. “It’s a bit of a risk with our bikes, but I like the scenery below the hills.”

We turn up Boundary Road and the gravel is okay enough to ride on. We steer around sharp stones until we crest a hill so steep I’m momentarily panicked, before we whiz downhill, the juddering blurring my vision.

The council meeting about the roads turned up no new action. The bridge that was to be fixed is still not fixed. And the roads that are slippery for the school bus are not yet re-gravelled. The Government capped all spending on roads four years ago, the council staff in charge of roading told us(despite the increase in tourists and intensive agriculture contributing heavier traffic.) Every year we have 150 roads that need work and only funds for 100, the council said, and our roads missed out. 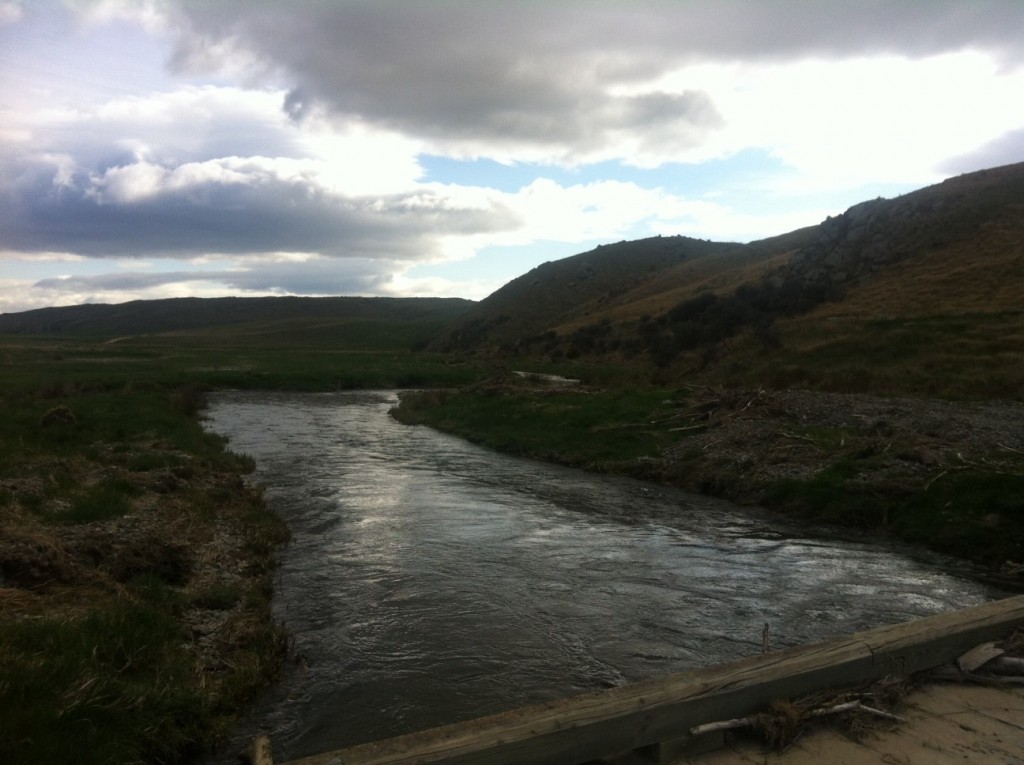 Around the corner, a flooded stream spreads across the road. Quintana carries his bike and jumps where the banks are narrow, but I walk into the cold water wheeling my bike. From the bridge the land looks like hobbit country; mysterious and uninhabited. (In fact scenes from the Hobbit were filmed on the ridge above us.)

This gravel road is a legal road and winds through farmland, a pleasant change from the highway and contending with trucks and cars. We stop on a rise and look out over the valley. The Ida Burn winds in silver arcs. The far hills of Rough Ridge light up with sun.

“If you didn’t know the world was in one sort of strife or another,” Quintana says, “you’d think, looking at this, that everything was benign.” 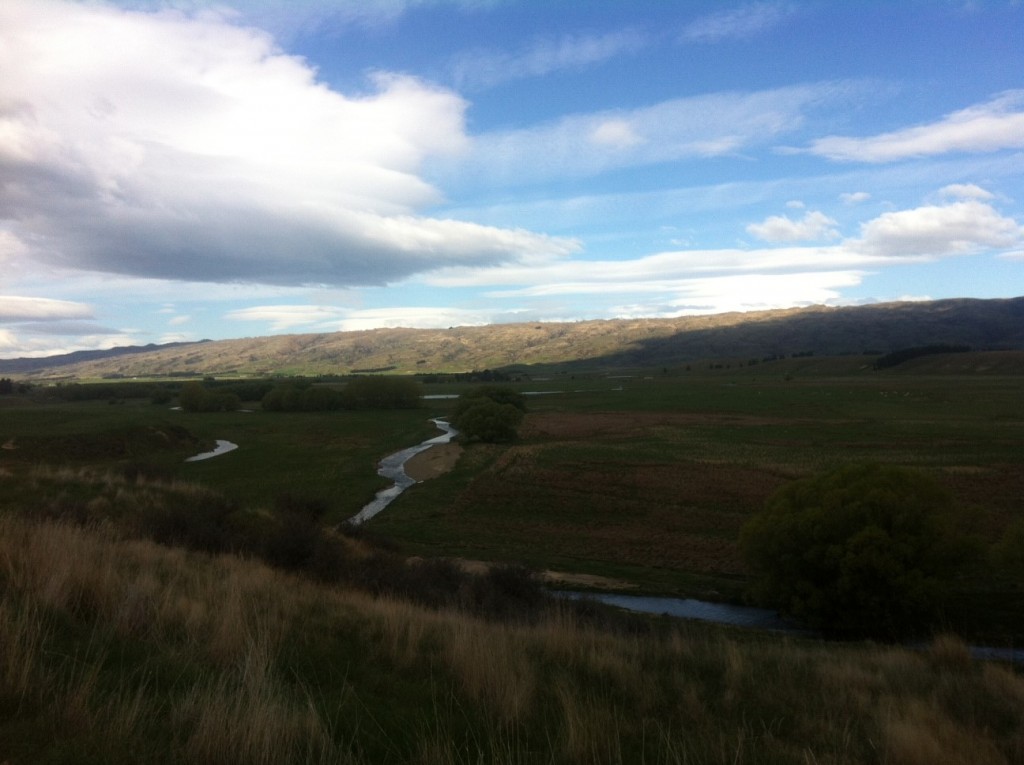