By Jillian on August 23, 2017 in Cycling Central Otago

This morning the frost was so severe the pond froze. Small birds skittered on the surface and the resident paradise ducks were out pecking in the frozen grass. It‘s warm in the sun on the verandah, and lulled by that, I head off for a bike ride minus the second jacket, second pair of gloves and newspaper down my front. The air is icy from last night’s snow, and a cold, head wind as we lead down the valley.

“Get in behind,” Contador calls out as we go through the village, startling the shop keeper John who is out on the footpath.

The sky is blue and everything bright after days of cloud.

“Just look at that snow back on the Old Man Range,” Contador says. The ranges shimmer in the distance, and I can imagine the Hector range and the back of the Remarkables, seen from further down the valley, with their white peaks as well. “And look at that snow melt in the Ida.” The stream surges bank to bank under the bridge we’re riding over.

We head up the first hill and I’m determined to keep up.

“You’re a dogged bastard with your speed,” I say.

“I’m riding doggedly,” Contador says. “And I’ve got two voices in my head. One says Button off, and the other says Keep it up, don’t be a wuss. I want to get better.”

Same. There are logs still jammed in the fence lines from the floods, and further up the sheep are still munching their way through the paddock of turnips – fodder beet, actually. They’ve got half of the thirty acres paddock to go. No smell of beet as we ride past, the wind is swinging from the west.

The sheep, and two mares and their yearling foals in a far paddock are the only stock for miles around. Such lovely, empty country.

The farmers are gearing up for spring though – Jimmy drives through a gateway with a long boom across his tractor and further down the road equipment for ploughing waits by the fence line. 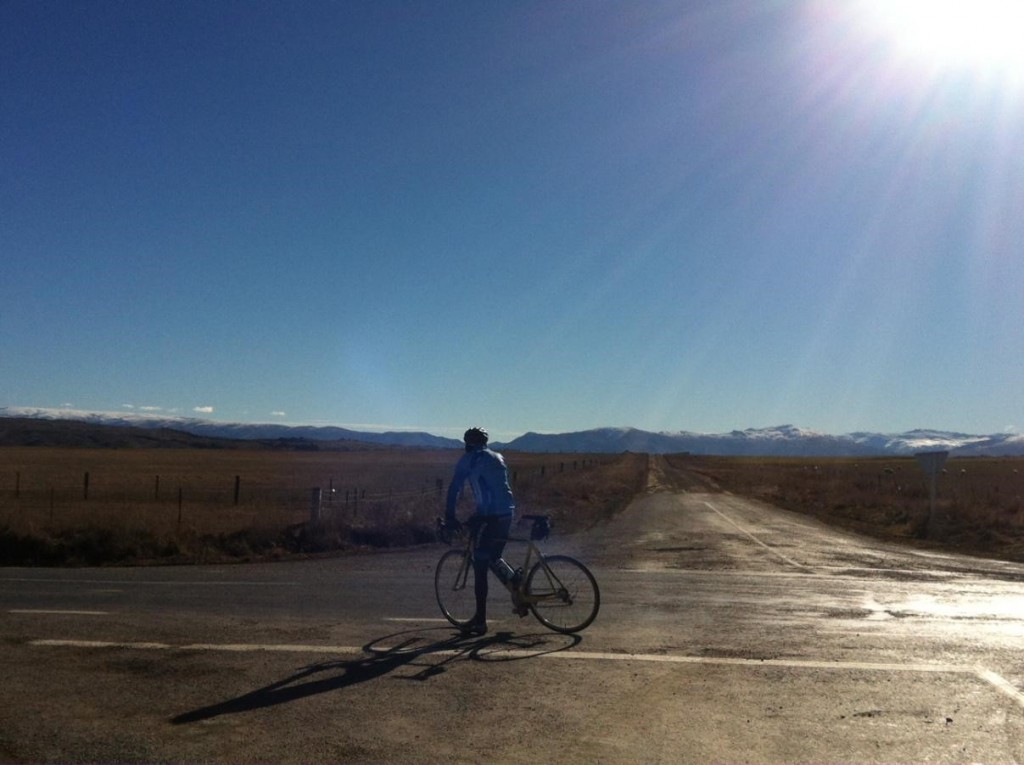 At the crossroads, Blackstone Hill in the distance.

When we turn to go home, Contador picks up speed. “Brace yourself,” he says, and I know there’ll be suffering involved.

I can’t think of anything good to say about 13 kilometres of steadily rising road. Later Contador tells me he kept up the pace by telling himself just keep pedalling in circles, keep going…

I plug on, sometimes lifting mine eyes to the mountains, to remind myself why I am out here. The sun lights the long grass on the edge of the road as if it is tussock or straw, and in front, the wide, white reach of the Hawkduns and Mt Ida at the end of the road. 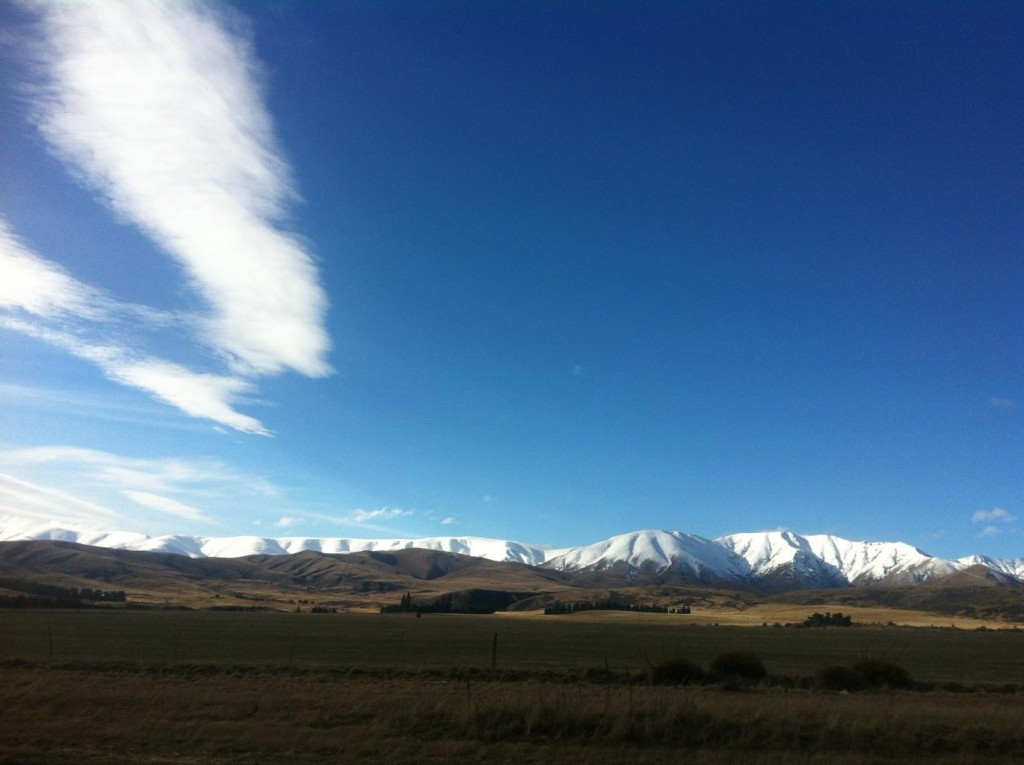